Is it just me, but doesn’t that sound almost obscene?  Almost pornographic?

Well, that’s an odd way to start a post.

It’s been a lazy inside snow day, and The Wife Missy and I have been putzing around, wasting boatloads of time on the internet, and watch tv.  Primarily American Pickers, which the above is Mike Wolf’s favorite saying when he finds a pick that is especially promising.  Maybe it’s the inner 12 year old in me, but I giggle every time he says that.

Of course we could be watching Forensic Files.  I’ve seen the entire series on, oh, maybe four times.  I don’t even pay attention anymore, I just use it for background noise.  Bores Missy to tears, though.

Then there’s Forrest Gump… but that’s all I have to say about that.

The theme here, of course, is that on a Saturday there’s nothing on tv.  Missy likes Pickers, and I’m fine with it, so all is good. 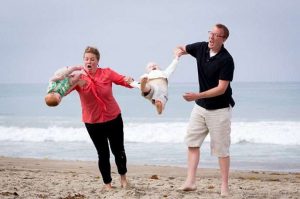 I don’t know if it’s actually increasing as I get older or if I’m simply noticing it more because the consequences are in my face, but I seem to be dropping things left and right.  Sometimes I’ll drop something, pick it up, drop it again, pick it up again, drop it a third time, then stand there and think… do I really need this?

I mean, as I get older things as simple as bending over… and getting back up, just sayin’… are somewhat of a chore.  As I get older the prospect that what is now on the floor can just stay there gets more and more appealing.  I can kind of understand how an older person’s home becomes a hoarder’s paradise.  The person’s mindset could very well be, “Meh, I didn’t need that anyway.”