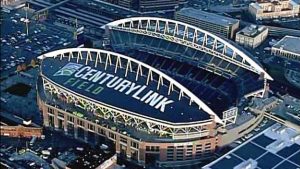 How much importance do you place in stadium names? How much effort do you put into keeping up?

For example, Yankee Stadium is Yankee Stadium. Say “Yankee Stadium” and everyone knows what you’re talking about. Same with Dodger Stadium. Even Wrigley Field is named after people and/or corporation, and Fenway Park is named after the neighborhood it is in, but they still have long-standing history and and tradition and are immediately recognizable.

But what about the more recent trend of stadium names changing every few years based on nothing more than who is willing to pay the most money? Guaranteed Rate Field, anyone? Third name for the same place, btw. I still call it Comiskey Park. If you were to walk up to me and mention a game in Truist Park I’d have to ask you which team or city. No lie. “Truist Park” means nothing to me.

I still call Oracle Park “Pac Bell Park”… it never had a legit name so I go with the first brain dead iteration. Oracle is what, the 4th or 5th iteration? I am a long-time Oakland A’s fan, yet as far as I am concerned they still play in the Oakland Coliseum (I know, originally Oakland-Alameda County Coliseum, I’m not doing tongue-twisters, either), and always will. O.co, my ass.

Basically, stadiums names have become absurd and for the most part meaningless. When the name right’s holder sends me a check I will comply. Until then I feel zero obligation… Braves Field it is.

One thought on “Rant: Stadium Naming”