To hear people tell it… primarily on social media, of course… 2019 sucked and they can’t wait to move on into the next year.  You’d swear the dwindling year was simply the worst year ever, the weight of it dragging down all their hopes and dreams for their near future.  The next year clearly has to be better than the year we’re all just finishing up, right?

If you’ve been observant the same people have had the same issues every year for the past… counts fingers and toes… since you’ve known them.  Every year sucked.  2018 sucked.  2017 sucked.  2016 sucked.  2015… you get the idea.  Hope springs eternal for every upcoming year, I guess, or maybe it’s a blind faith type of thing.

If you ask The Grump, The Grump believes some people just like to complain.  Not sure why, maybe there’s an inner fulfillment by being part of a group, even if said group is self-defeating.  Their lives weren’t all that bad during the year.  In fact, they seemed to be doing pretty well.  We’ve been watching.

Now, we know some people do indeed have bad years.  Some people hide things well, especially depression and/or anxiety.  That’s valid.  And there’s always some clodhopper willing to trot in and spread the cheer of doom even though it’s the exception rather than the rule.  But yes, all kinds of things can happen.  For example, The Grump had heart surgery in 2018.  That would be reason to want to see the new year come in, wouldn’t it?  Break from the past?  A new start?  The Grump had other thoughts.  The Grump saw 2018 as a good year.  Heart issues were found and corrected.  The Grump could have died.  But he didn’t die, he survived and thrived.  That’s a good thing.  That’s something The Grump is very grateful for.  Yes, 2018 was indeed a good year for The Grump.

And here’s the best part of this whole scenario… the same people complaining about this year, who want to get into the next year so bad, are also the ones who complain about getting old so fast.  You can’t win for losing.

31 December 2019By Ken B Observations2 Comments 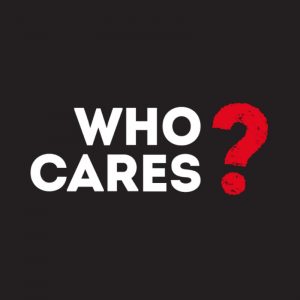 You see this on social media a lot, especially when a media outlet of some type posts something, anything, then a predictable number of people will trot in and attempt to display their aloofness at the topic. They seem to have this deep-seated insecure need to show other people how superior they are by not bothering themselves with such trivial matters.

Your actions blow away everything you just said, and here’s how…

If you truly didn’t care…

So just shut-up right now. You care. Get over yourself.